Is antimicrobial resistance the future leading cause of death?

STANDARD F respiratory pathogen test kits cover the most common
pathogens causing colds and influenza, bronchitis, and pneumonia. If
viral antigens are present in patient sample, they react with the
europium conjugated antibodies to form antibody-antigen fluorescence
particle complexes. The intensity of the light generated on the membrane
is scanned by the STANDARD F Analyzer. The test result is displayed on
the analyzer’s screen.

The provided qualitative results help the physician to determine the next steps for the best available treatment. 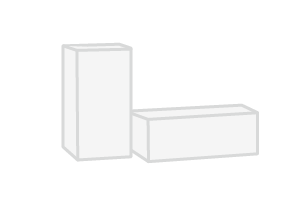 RSV (Respiratory syncytial virus) occurs throughout the world, and in each location it tends to occur in yearly winter outbreaks. The virus lives inside the cells lining the respiratory system, causing swelling of this lining coupled with the production of large amounts of excess mucus. In adults, this shows up as a bad, lingering cold with thick nasal congestion and a deep, productive cough. In infants, however, the excess mucus can be enough to plug their small airways or bronchioles, resulting in a severe illness called bronchiolitis that requires hospitalization.

Human Adenoviruses are a large group of viruses, with various genotypes divided into genomic clusters. Respiratory tract adenovirus infection manifests itself in various clinical forms including pharyngitis, bronchitis, exudative tonsillitis, pharyngo-conjunctival fever, and pneumonia. Many of these are difficult to distinguish clinically from other respiratory virus infections and some bacterial infections.

The genus Legionella is a pathogenic group of more than 50 species of bacteria. The best characterized member of the genus, Legionella pneumophila, is the major causative agent of Legionellosis. Legionella pneumophila is commonly found in lakes, rivers, creeks, hot springs and other bodies of water where it is symbiotically present in aquatic amoebae. Most people become infected when they inhale microscopic water droplets containing the bacteria.